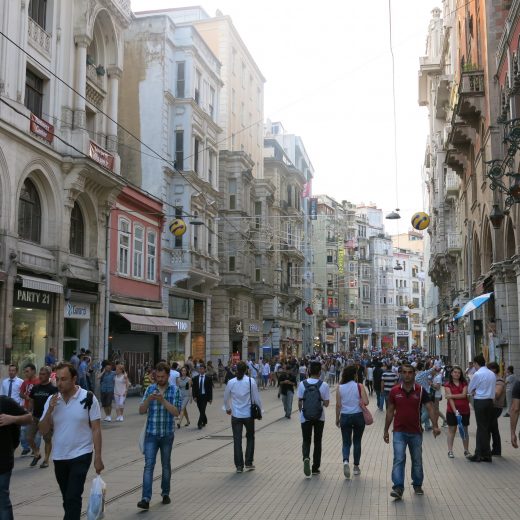 The Time Square of Istanbul is what Taksim Square is today! It was a busy Friday night like any other city in the world without the protest; even with police on standby. Good food, Good drinks, Good fun! My friends & I found this amazing place for dinner off the main strip called Ficcin Sokak. They had affordable prices with delicious plates! The menu was even in English! We ended the evening at a hookah bar with open mic night and this entertaining Turkish host named Ayup. (you may see him in a pic or two!)

When I first visited Turkey (July 2013), the media was hyped on a protest that started back in the spring of 2013. It was a peaceful environmental protest aimed at saving an Istanbul city centre park from shopping centre developers backed by the government. The frustration and demonstrations appeared to be snowballing into a national display of anger at the perceived high-handedness of the Erdogan government.

Yes, there were people injured during the protest, but in reality, the police were just throwing tear gas anywhere they could, even in a cafe full of non-protesters.

Taksim square was the most affected area but when I was there with my friends, the peaceful protest only happened on Saturdays and the police were the ones egging on the protesters, continuously throwing tear gas wherever there was a crowd of people. (See video link)

Down the street, while all this was going on, people were enjoying a nice weekend dinner outside. To be honest, it was a little annoying, as that was what my friends and I wanted to do to begin with – enjoy a nice dinner! So to that end, don’t always believe the hype or even for that matter today – fake news.