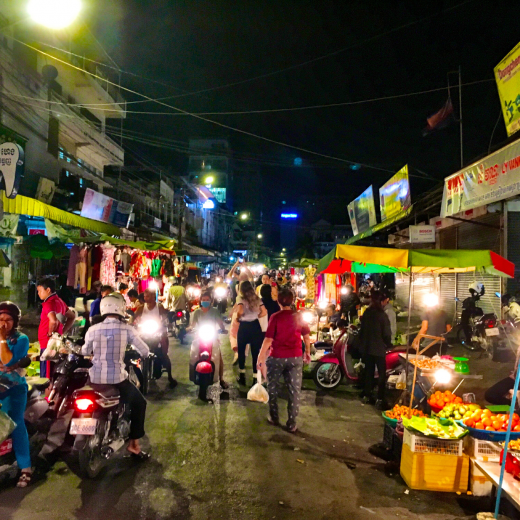 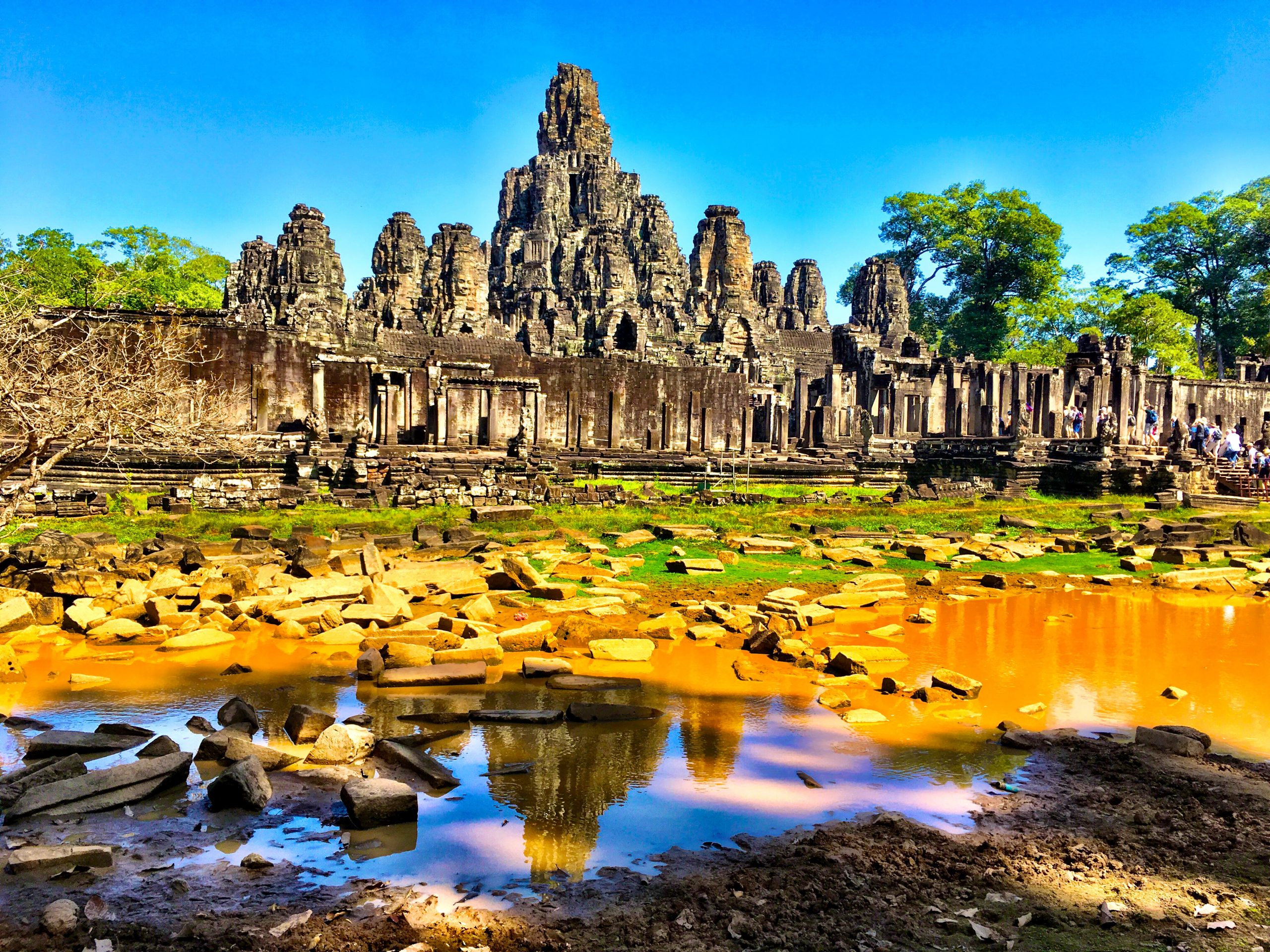 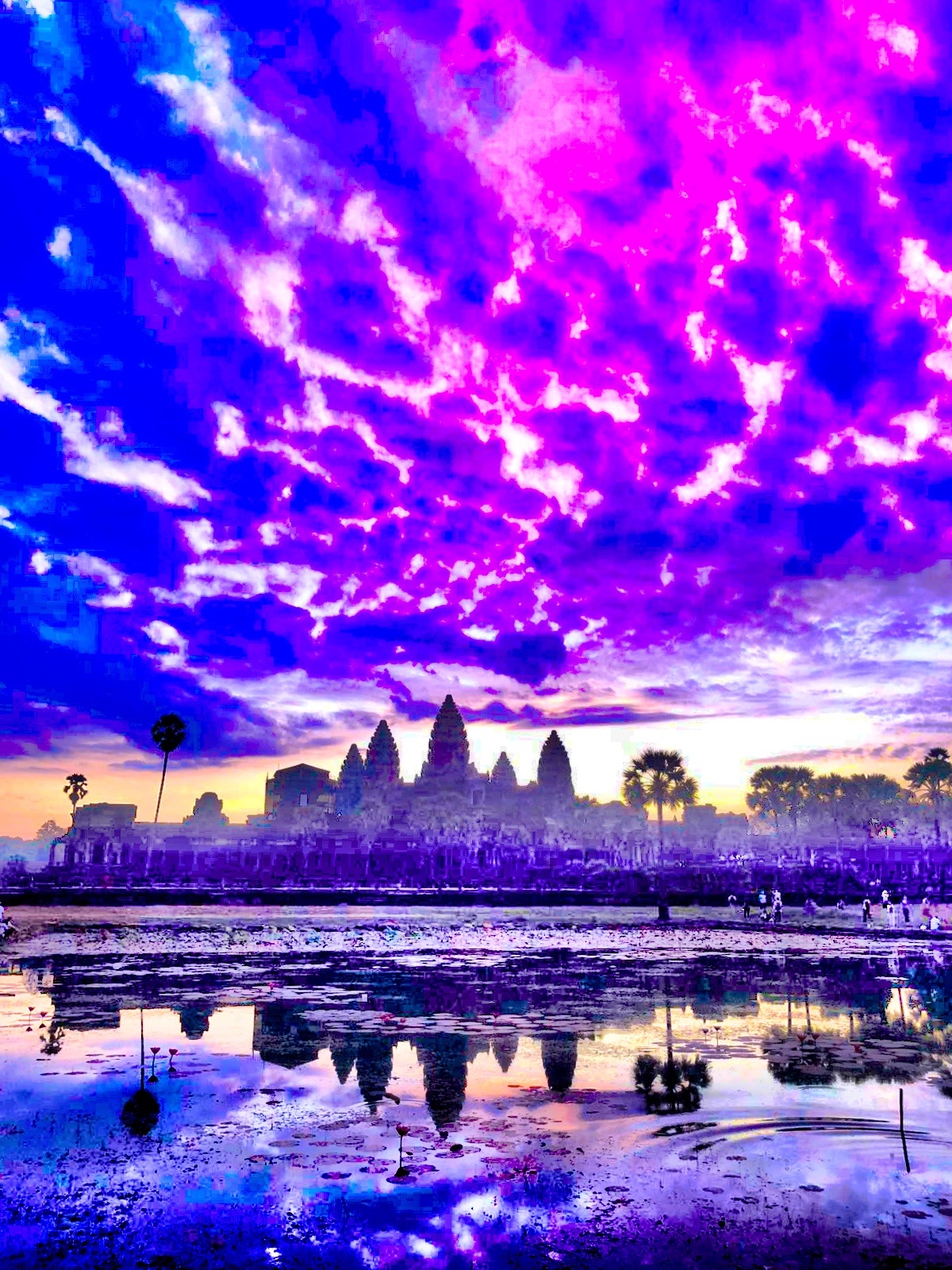 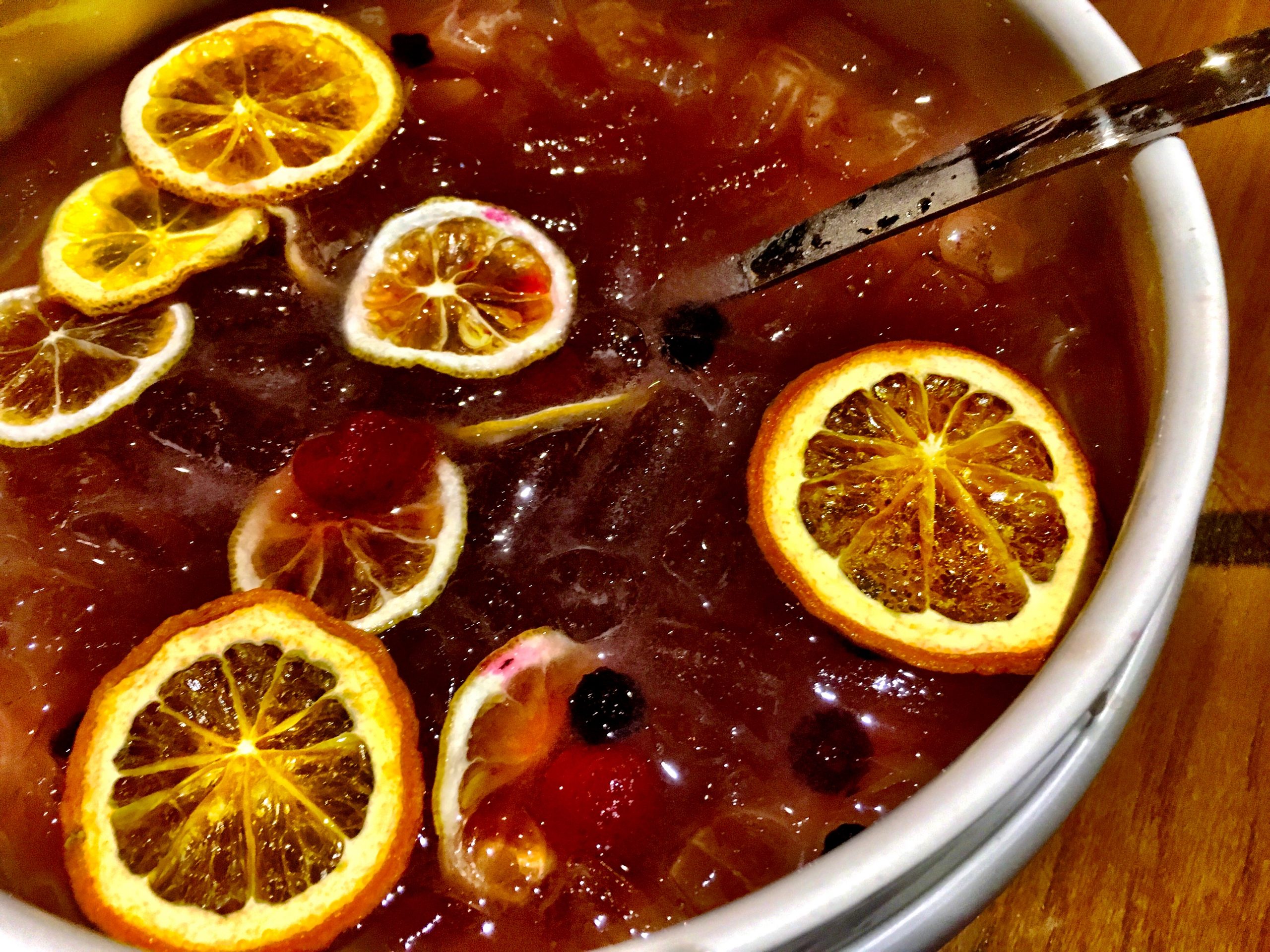 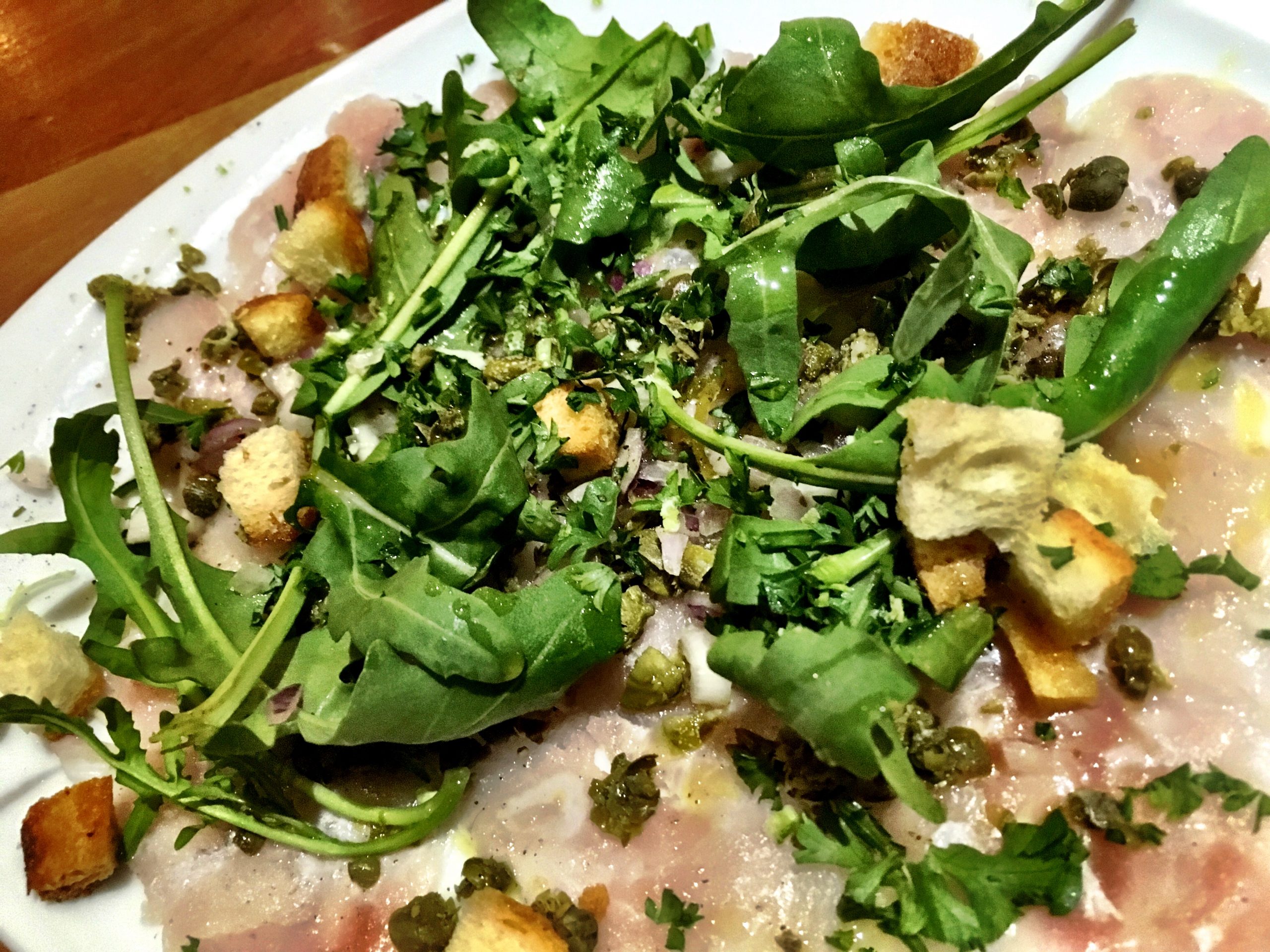 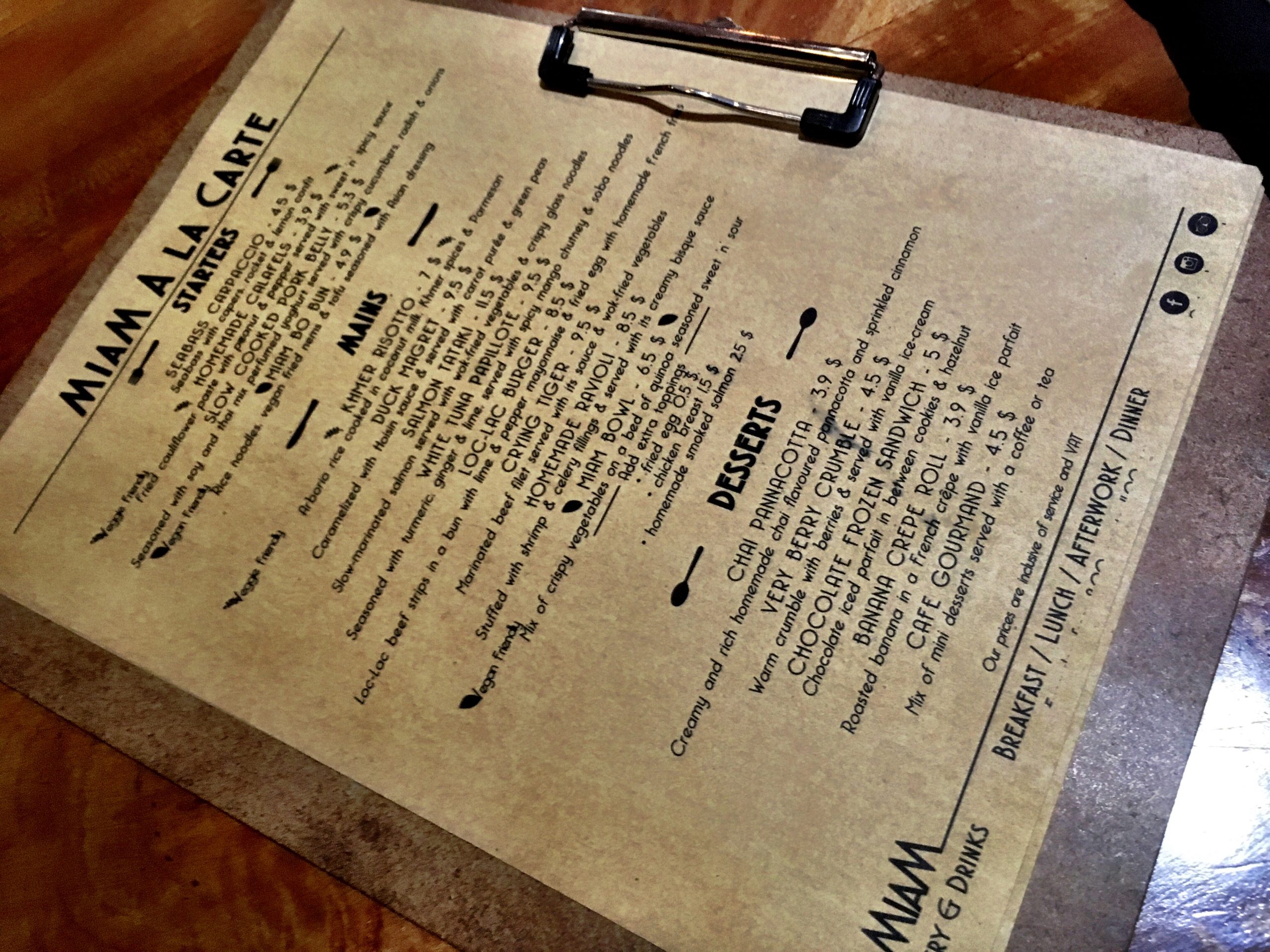 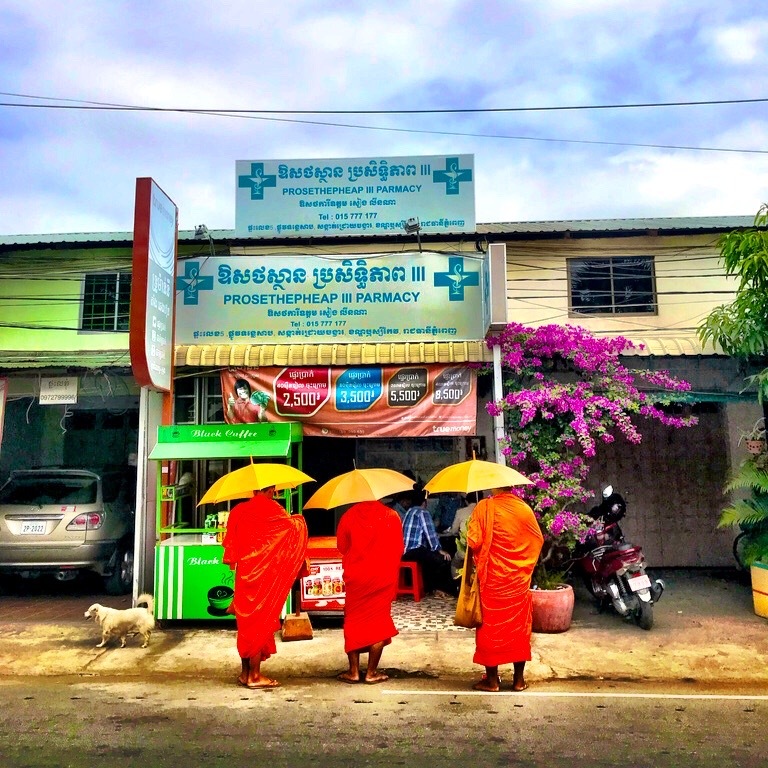 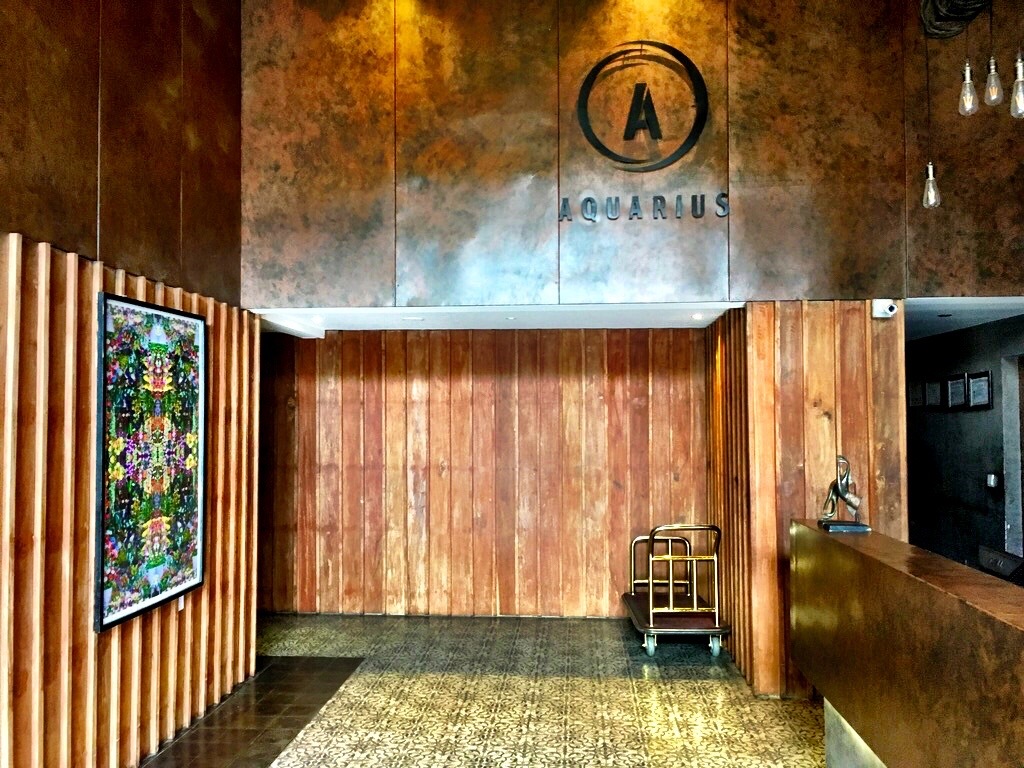 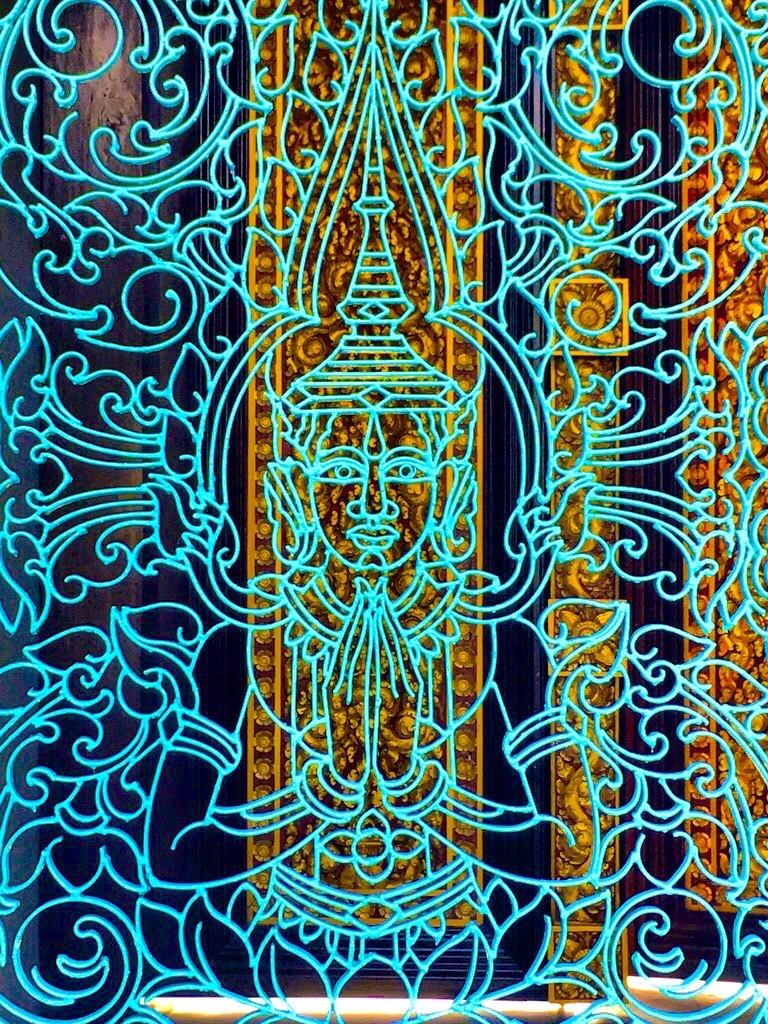 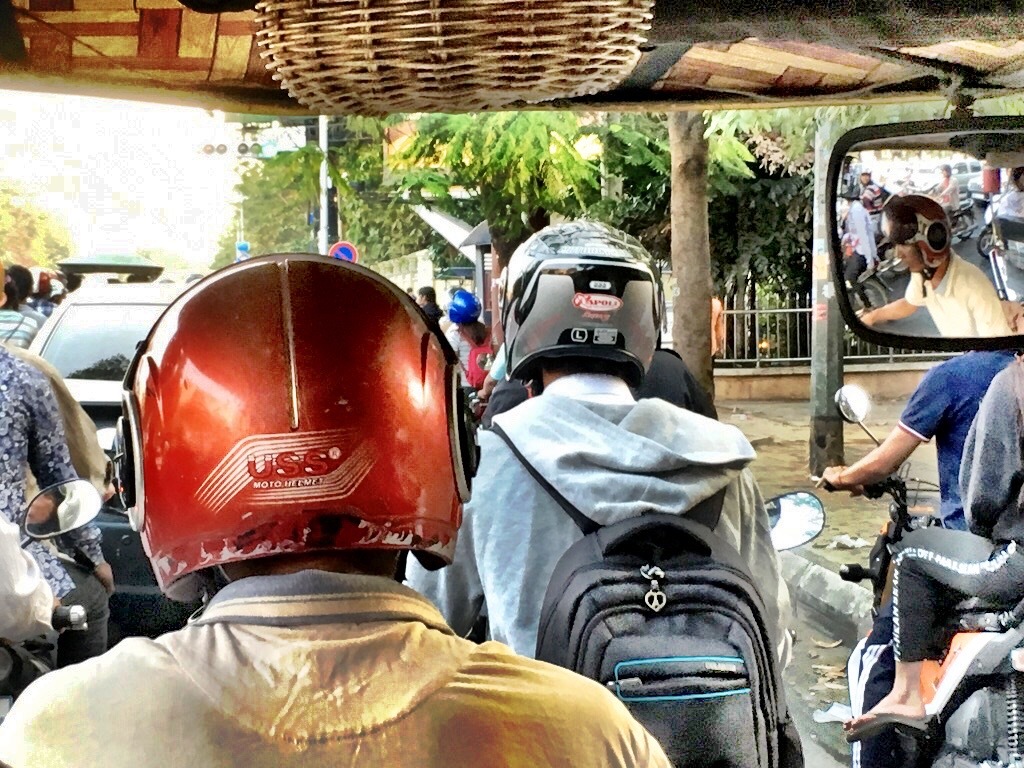 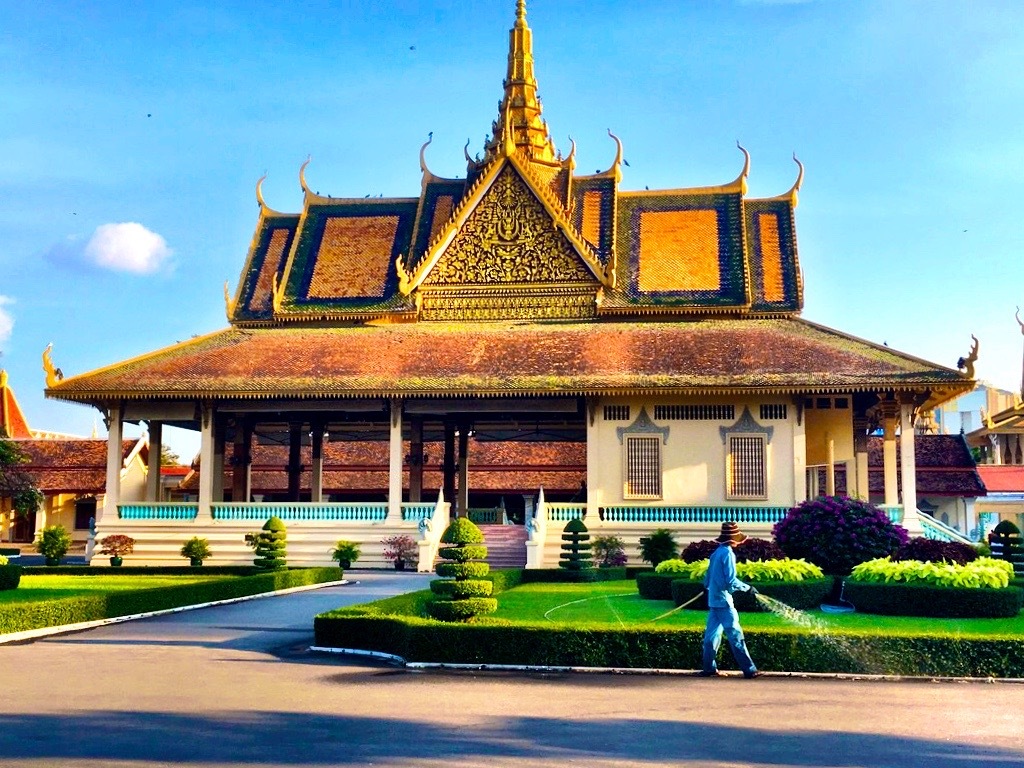 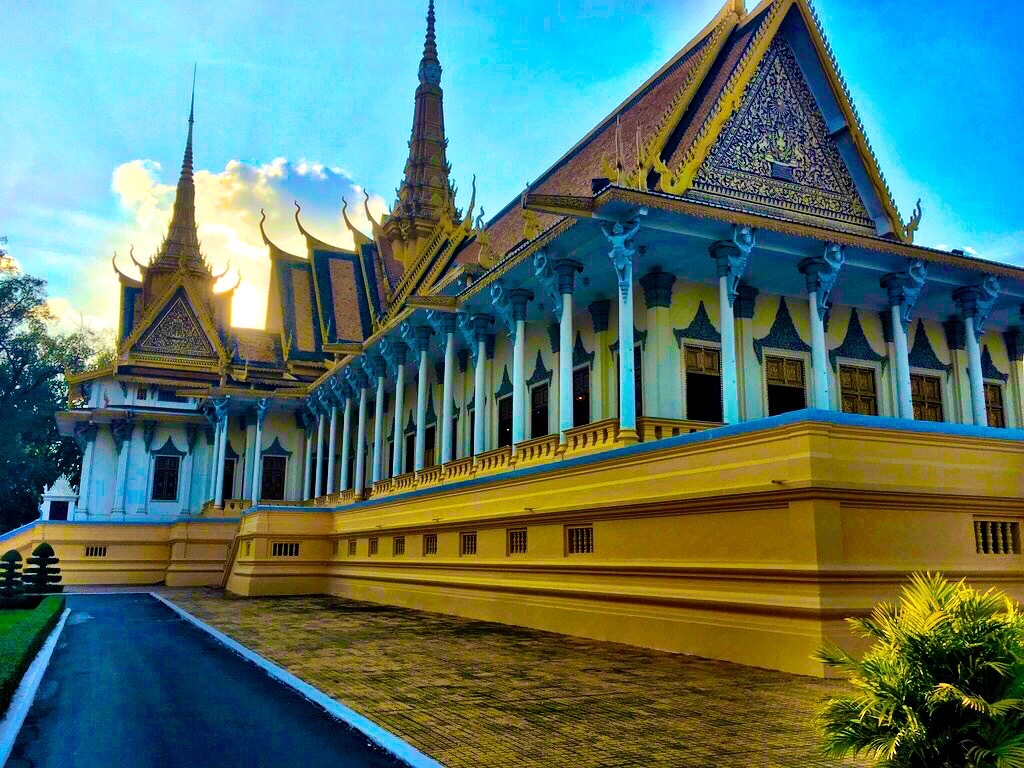 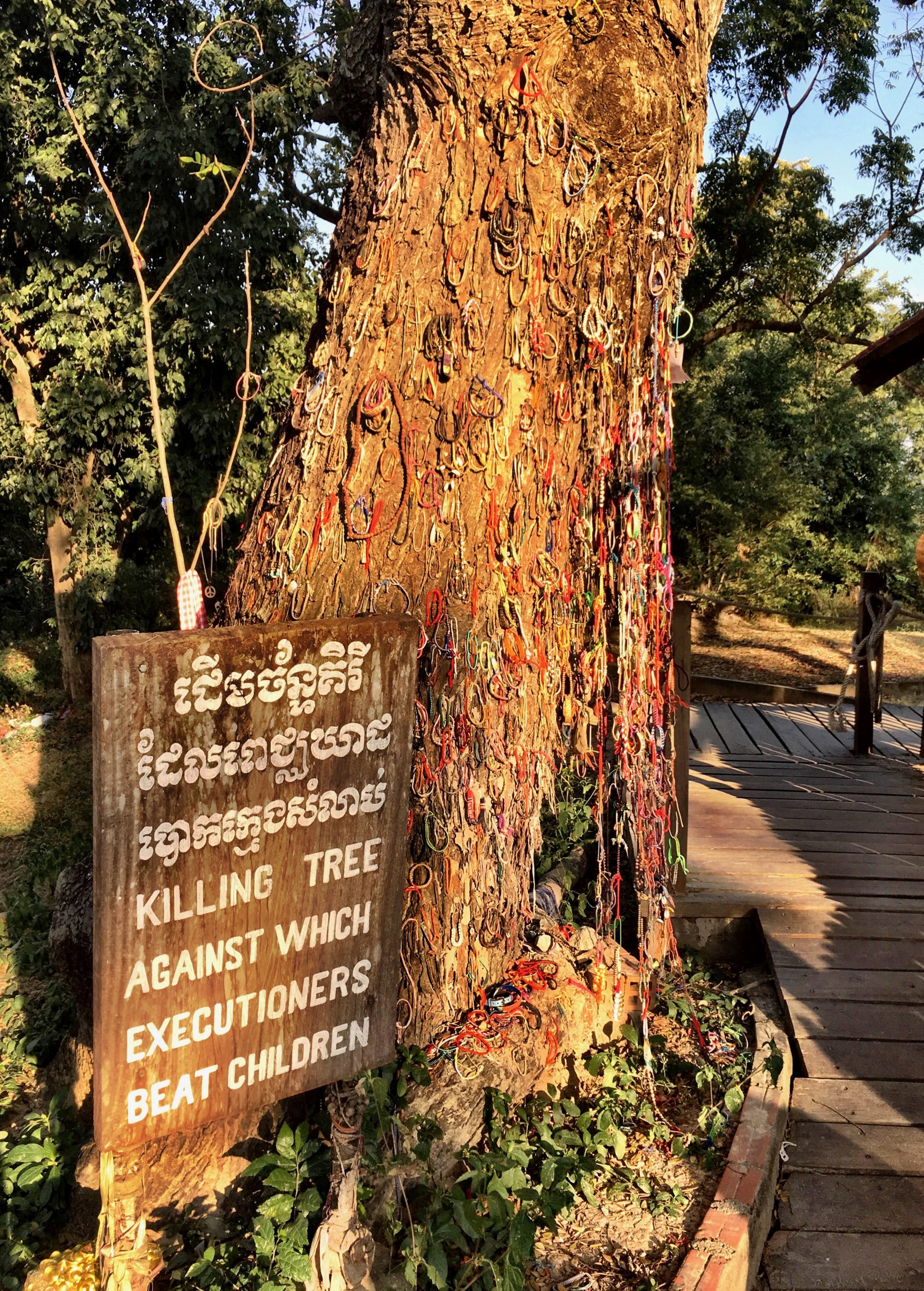 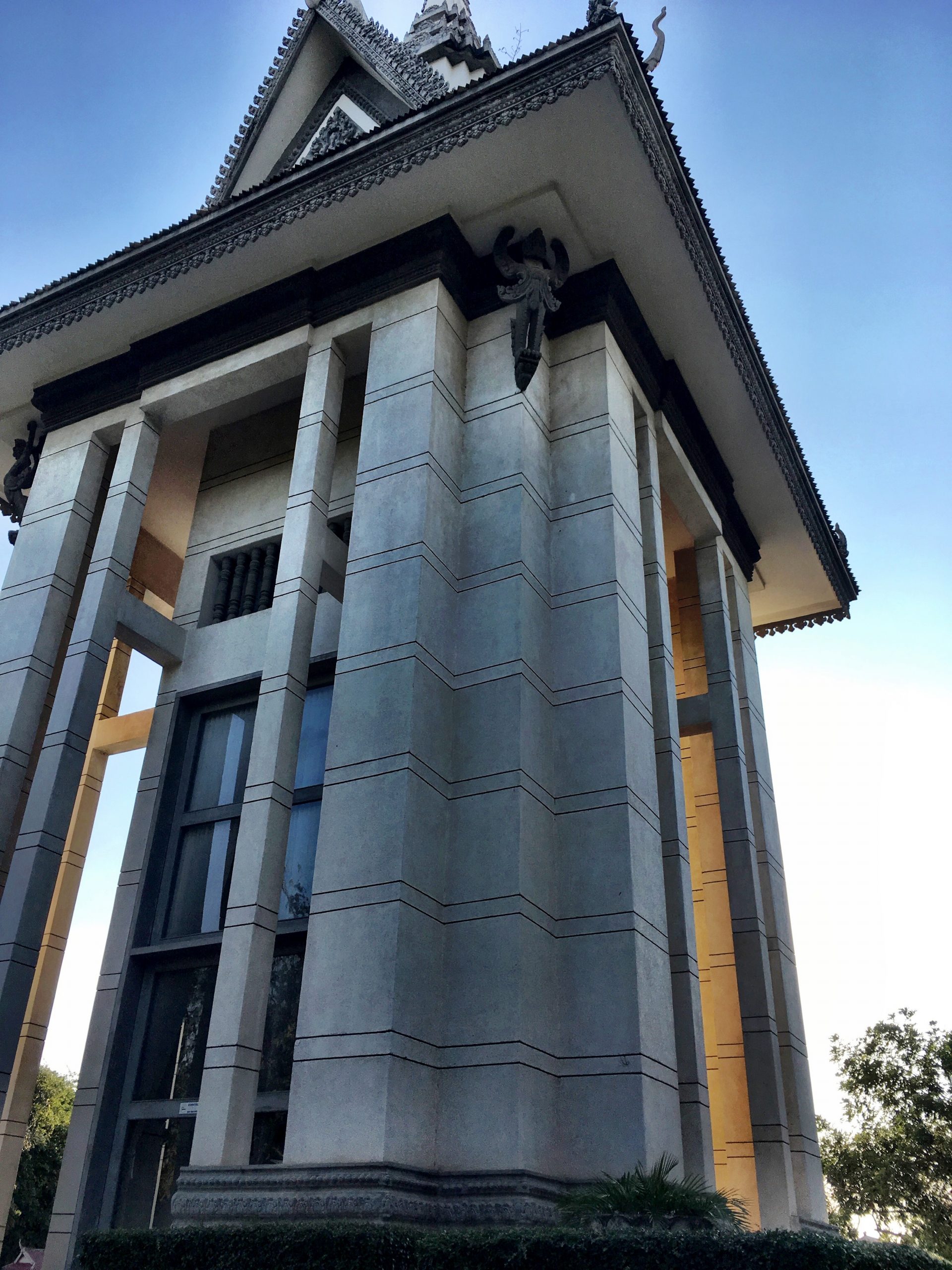 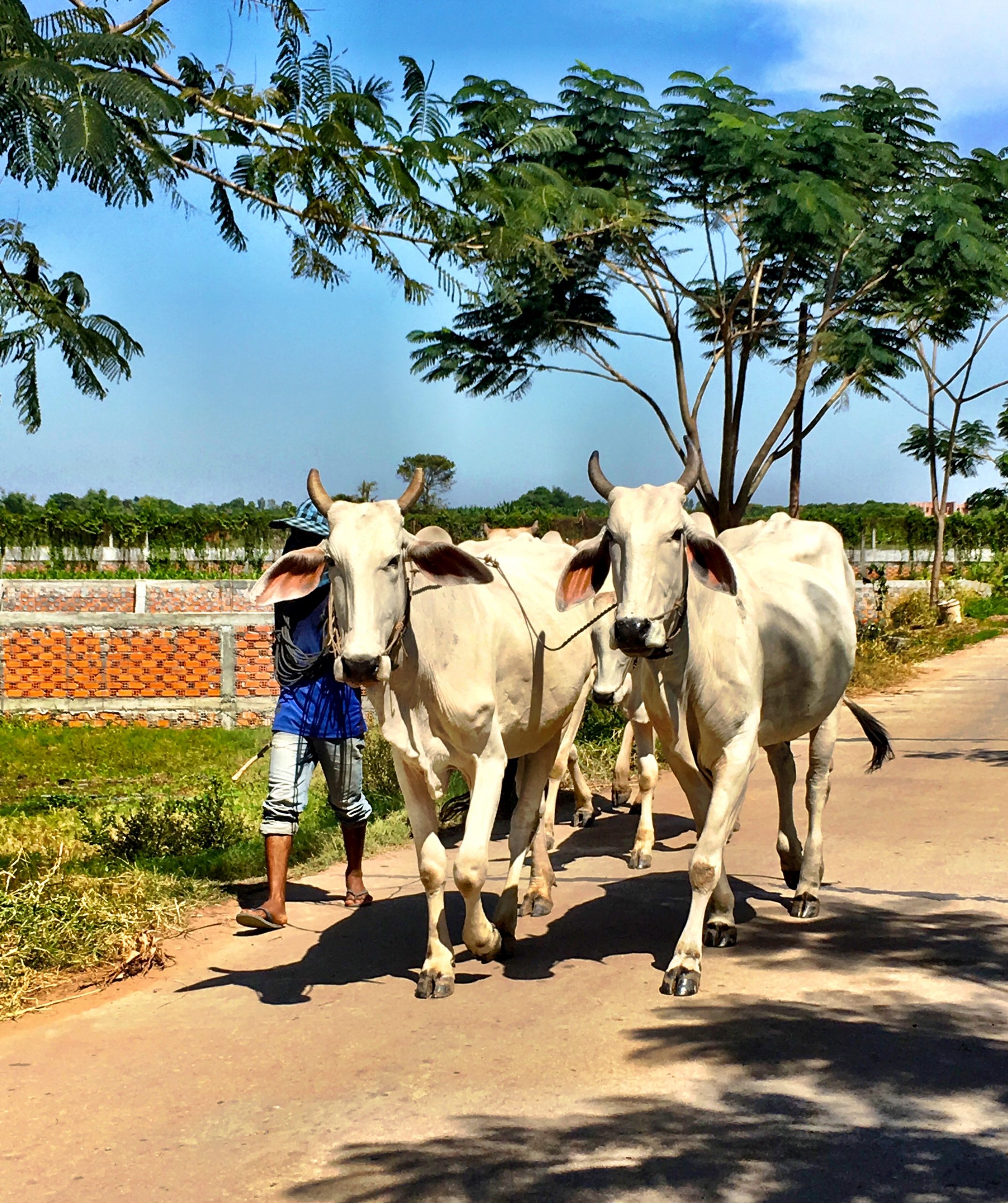 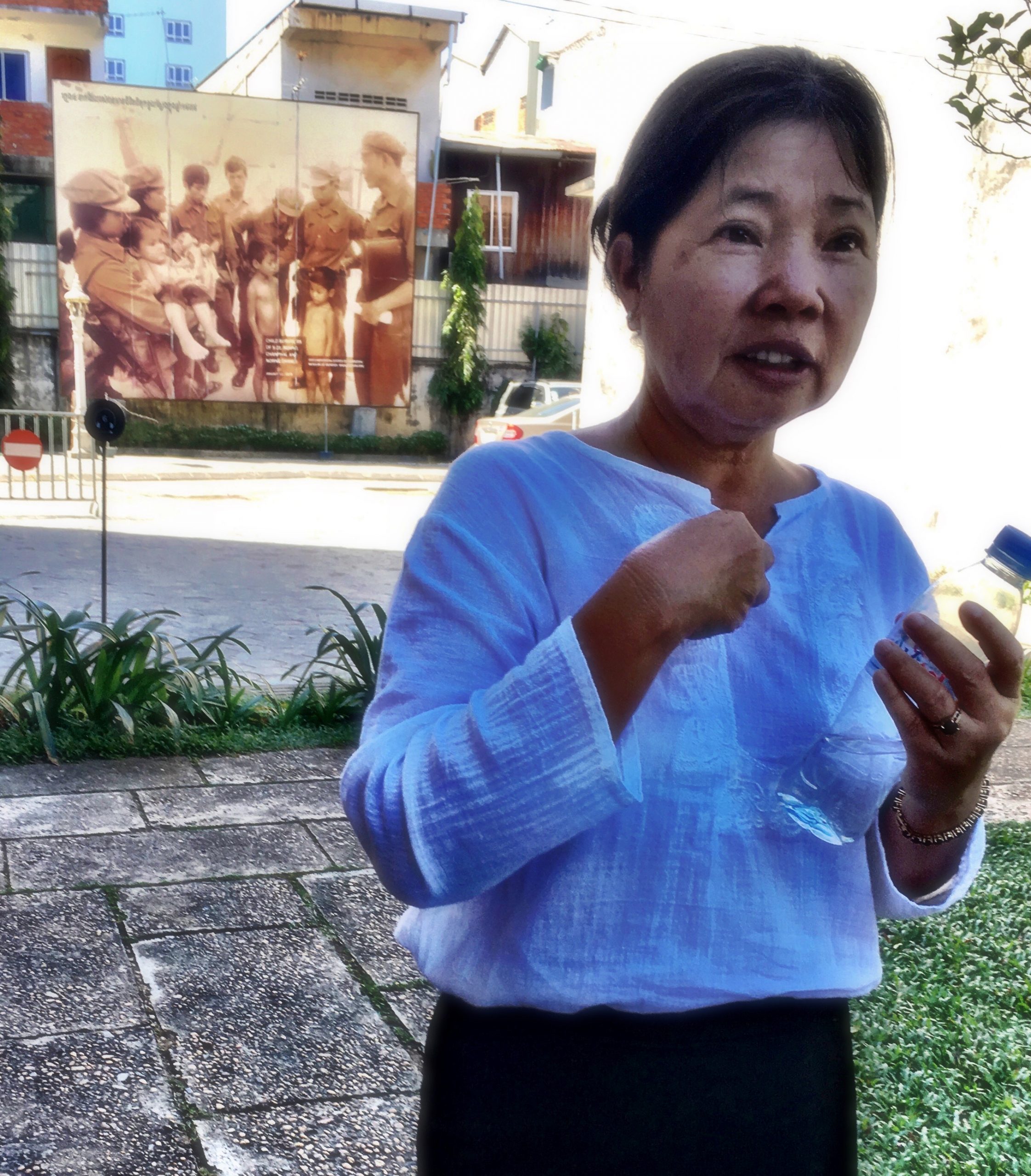 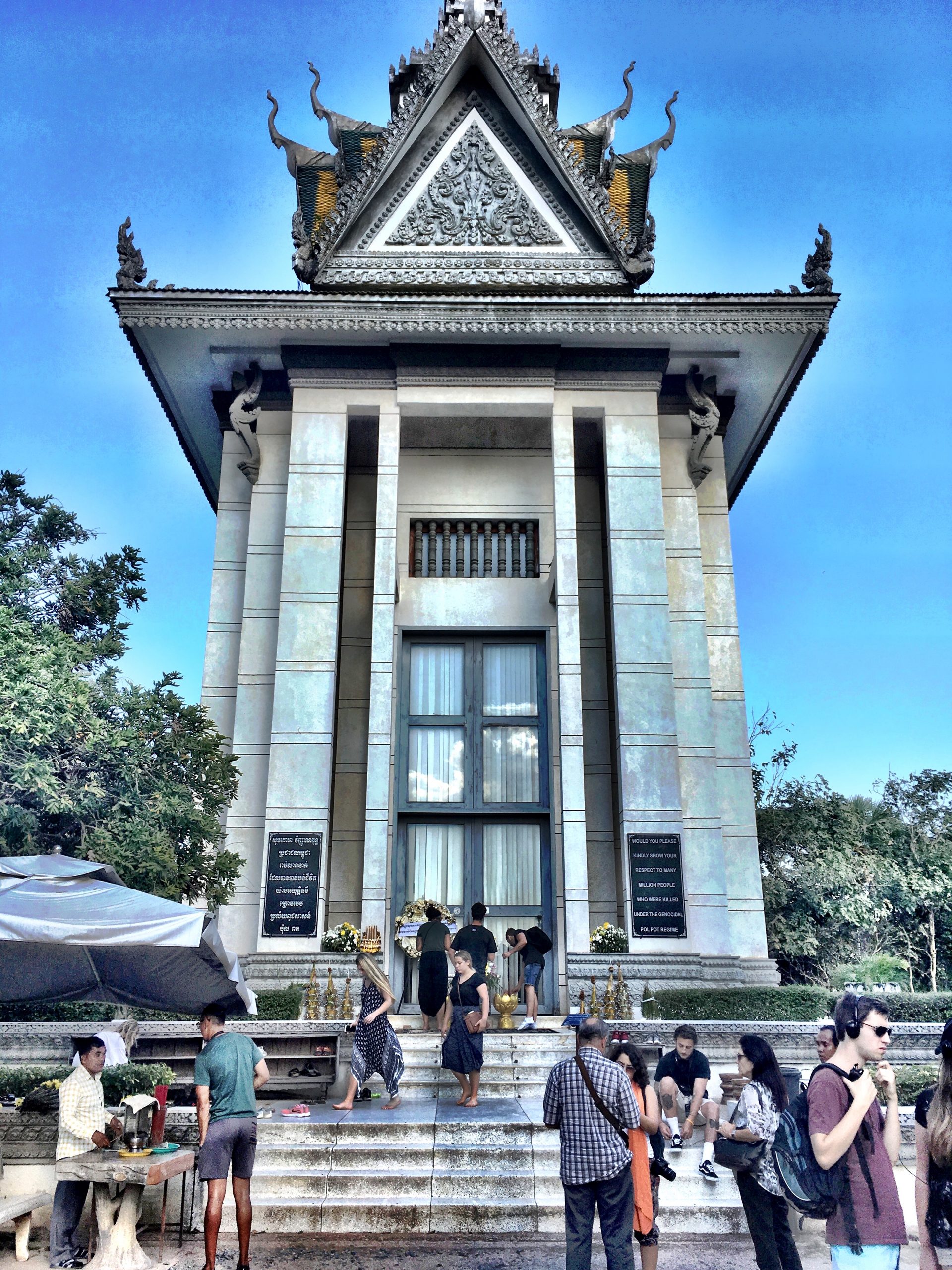 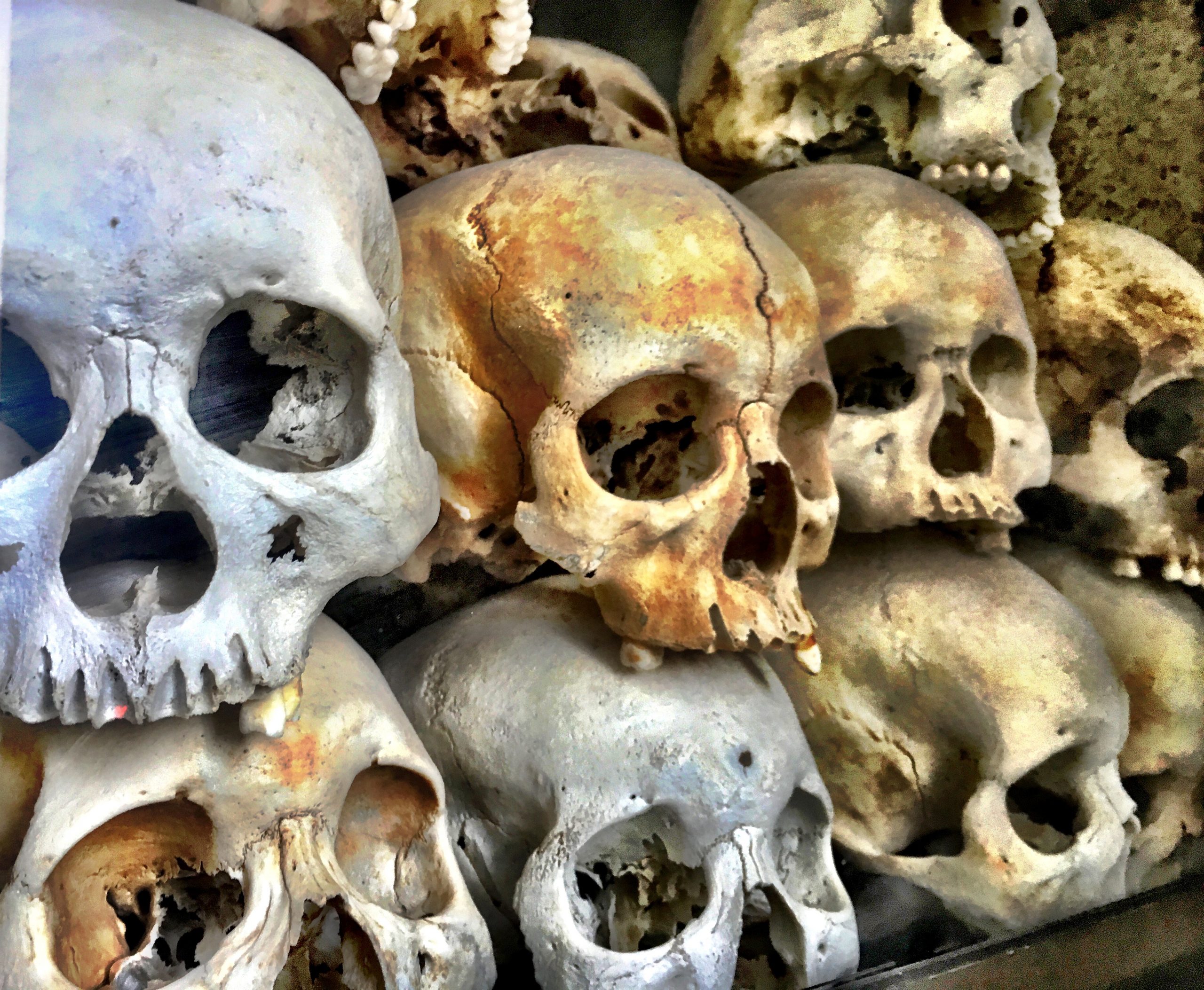 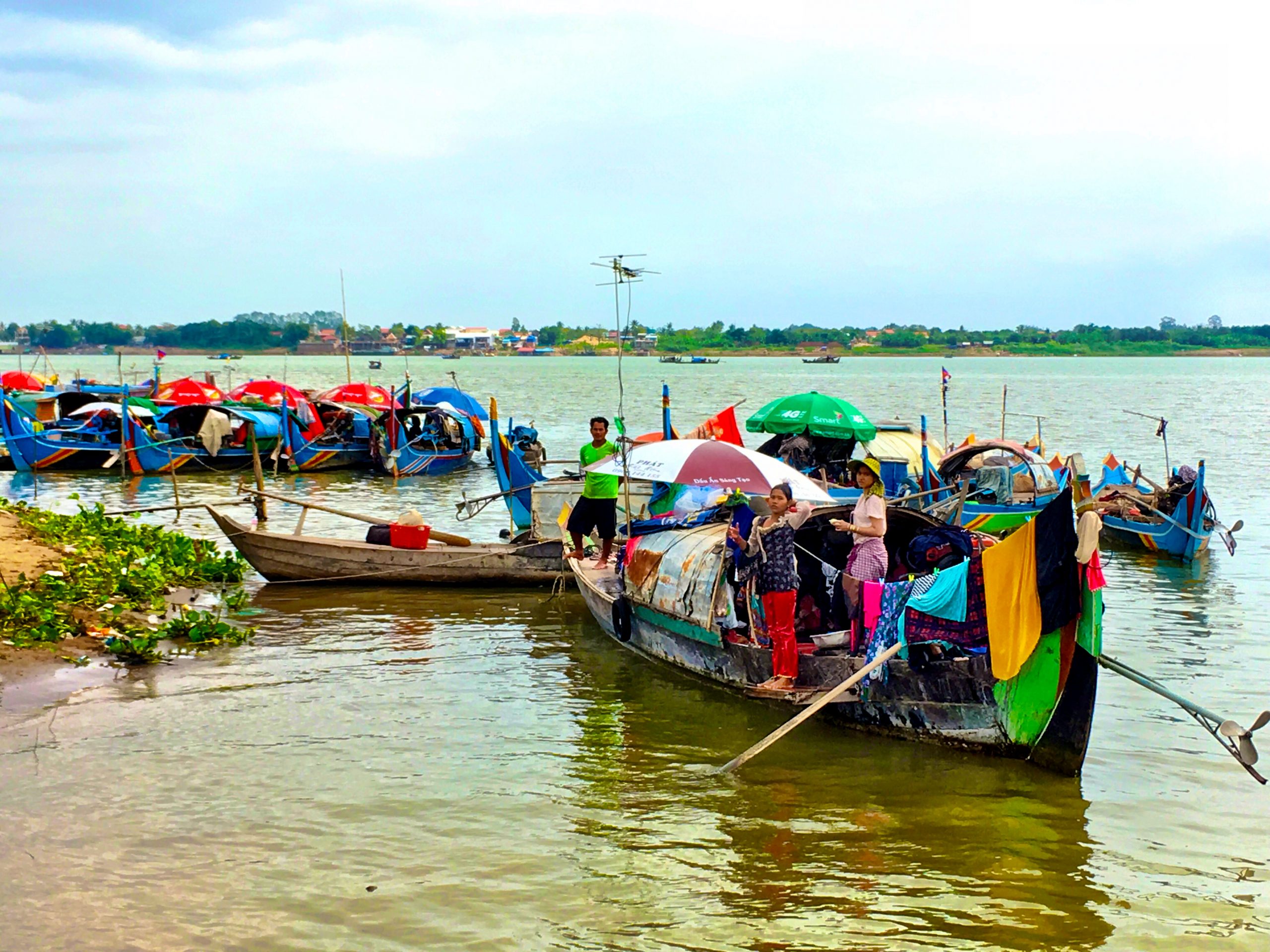 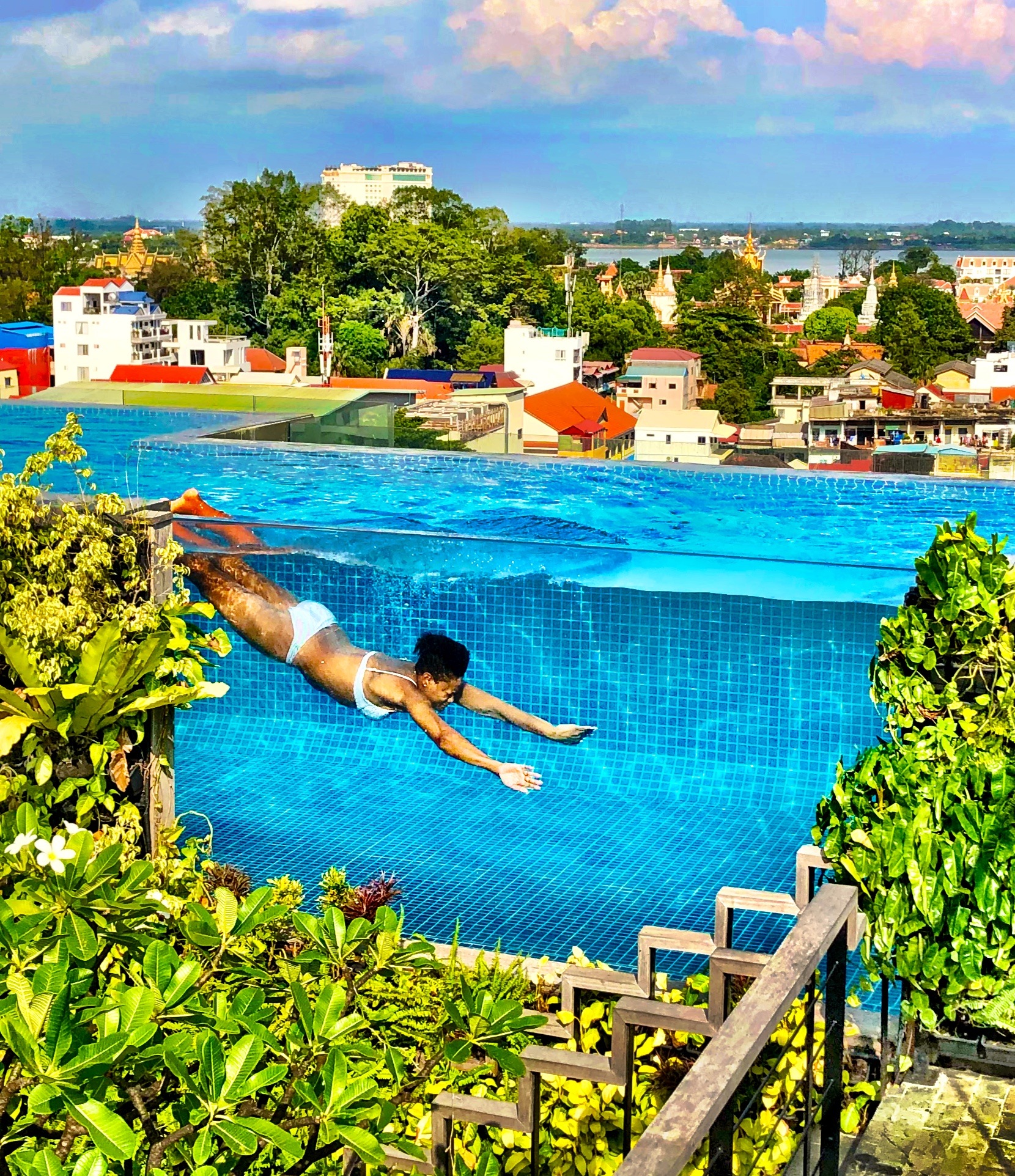 What is the first thing that you think of when you hear that someone is traveling to Cambodia? Most people would say that “its too dangerous”. Probably because of its recent bad history with the Khmer Rouge not even 50 years ago. 1975-1979 were the worst years up until 1993 when the UN finally came in and try to rectify the situation. Also, Cambodia is still a developing country with a corrupt government and a partnership with the Japanese Government Team for Safeguarding Angkor (JSA) that probably takes money (from tourist entrance fees) out of the country, sucking it dry.
“What’s left?”, you say, well not much besides the struggling Cambodian people who have endured so much persecution; who keep getting pushed down and thrown underneath the rug as if they never existed. But for some reason, they keep getting right back up, always with a smile on there faces. Perhaps that’s due to their Buddhist faith. Perhaps its due to the increased tourism by foreigners that things are starting to change for the better.
Cambodia ranks #143 out of #195 countries on the Human Development Index as of 2015. This index showcases how developed each UN member state or country are per year since 1990.  The United States ranks #10. Norway ranks #1 followed by Australia at #2.
Yes, there’s extreme poverty and trash all over the streets of Cambodia, but there are hidden gems within the city such as the Royal Palace in Phnom Penh.

You can’t believe everything you hear from the media; the good, the bad, and the ugly, but until you set foot in this country, you will never fully understand that there is so much beauty! Beauty of the country, beauty of the people and beauty of the culture!
First, The Good
The people of Cambodia are a meek people, so all they have to go on are their smiles. “A smile says a thousand words”. If
you smile, they will most certainly smile back. This small gesture tends to break the ice and you, as a foreigner, a
stranger, are no longer a stranger and are now considered a “friend”.  And the children, well, are always waving at you and
saying “hello”.
The Bad
But the downside to the children waving and saying “hello” to you is that a lot of them are beggars, “professionally” instead of      going to school as a way to make money for themselves and their families. The country is so poor, you will definitely have
some crime. As a foreigner, you are advised to keep your belongings close to you and hold tight to your in a tuk tuk.
The Ugly
Cambodia has one of the worst reputations in the world when it comes to child sex trafficking. Most hotels have signs that
say “No Drugs or Sex Trafficking Allowed Here”. It’s an unfortunate situation that the corrupt government is not going to fix
anytime soon.

The Future of Cambodia

The Cambodians who where lucky enough to flee from the Khmer Rouge back in 1975, especially the children, fled to countries like the UK and France and grew up there, learning the language and the culture and brought some of that culture back with them when it was time to come home again.
One lady that I met opened up a fantastic French/European-inspired, Cambodian influenced restaurant/cafe in Phnom Penh. Miam Restaurant, was a great place to dine for breakfast, lunch and dinner or to just simply enjoy a cafe latte while working on your laptop in the afternoon.
Food is the way to anyone’s heart, especially the Cambodians as they passed down age old recipes within their families. The owner of Nesat Seafood restaurant in Phnom Penh did exactly ths. She not only opened a 4.5 star TripAdvisor restaurant but also gives cooking classes to foreigners who want to try and cook traditional Cambodian food. Her cooking classes are phenomenal and recommended for anyone who loves to cook as I do!

These two women are the true women entrepreneurs of their times by simply surviving.

The Capital of Cambodia

Phnom Penh has a lot of great restaurants and rooftop pools including my favorite and not just because of the name but mainly because of its interior architecture and the atmosphere – Aquarius Hotel.  This is one of the top places to stay in Phnom Penh. Location wise it is central to all the many activities in the city.
One activity that is a must-see in order to understand the history of Cambodia and its current plight is visiting sites like the Killing Fields as well as the Genocide Museum. Talk to the people who survived the Khmer Rouge era of which most were children back then and today have children of their own. Studies have suggested that the post-traumatic stress disorder (PTSD) from the genocide is now being passed on to their children.

In the 1970s, the brutal Khmer Rouge regime ruled Cambodia with an iron fist, killing millions of educated people and sending the rest to collective farms and labor camps — where millions more died of starvation and disease.
The Khmer Rouge years — still remembered vividly by anyone in Cambodia over the age of 40 — took a severe toll on Cambodia and have undoubtedly affected every person living in the country today. By talking to these survivors it is a great way for them to heal as well as educate the future of Cambodia.

Do you remember the movie, Lara Croft: Tomb Raider with Angelina Jolie filmed back in 2001? and yes, there is a new Lara Croft: Tomb Raider movie coming out this year (2018). Well, it was filmed right here in Cambodia, in Siem Reap to be exact.
Siem Reap is the home to Angkor Wat and the many other extraordinary temples including Ta Prohm as seen in the Tomb Raider movie. Angkor Wat is one of the most visit sites in the world. In fact, it was just name the world’s number one landmark in TripAdvisor’s 2017 Traveler’s Choice Awards.

Being placed in between Thailand and Vietnam has its advantages. Since Southeast Asia is emerging as a popular tourist destination, Cambodia is seeing an influx of visitors and tourism now becoming it’s fastest-growing industry.
But in Cambodia, development is outpacing infrastructure. The country is so desperate to catch up that people are ignoring how completely ill equipped Cambodia is to deal with such an increase in tourists.
The people have not been educated enough about tourism development or sustainability. Things like waste management, food safety, and historic preservation are largely ignored, even in areas that are seeing lots of tourists. For example, more and more people (millions of them) visit the Angkor temples each year, but the infrastructure in Siem Reap — not to mention the preservation of the temples themselves — remains quite basic. I enjoyed my time in Siem Reap, but it’s actually sad to imagine what the city and temples will look like 10 or 20 years from now due to over-visitation and unsustainable development.
Ways tourists can help is through self-awareness and being conscious of your decisions and how your presence is affecting the country. Don’t give money to child beggars as they are employed by someone and they may not even see the money at the end of the day. Trash is a huge problem already in Cambodia so don’t add to the mess by throwing trash on the ground.
Go to Cambodia with open eyes. Talk to the people and try to understand what Cambodians have gone through.
For more information about Cambodia’s recent history, I recommend watching the Angelina Jolie directed film, “First They Killed My Father”, released on Netflix. The film is based on a memoir by human rights activist Loung Ung and filmed in her native language, Khmer, the Cambodian language. Ung was 5 years old and living with her family in Phnom Penh when the Khmer Rouge arrived in 1975 and essentially emptied the city. At first, her family managed to stay together, but then her older siblings were sent to a camp for teenagers. Not long after, they also came for her father. Ung’s mother decided Ung and her siblings would be safer if they left and pretended to be orphans, so she sent them away.
Been to Cambodia? What is your experience like?